Do you know your most fearsome competitor? We call him “the invisible competitor”, but he has a name… 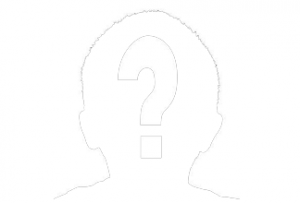 We don’t realize it, but the invisible competitor is the real leader in the sector, with a market share that can easily exceed 80% and reach up to 96-97%!

What is Status Quo? How was it born? Where did it come from?

Just like a living organism, every company is developed over time in a certain way, and gradually it organizes itself up to a point where everything must continue to function as it did before.

Isn’t this way of working the best? It doesn’t matter. Maybe the customer is also aware of it, but… “it’s always been like that”…

On the other hand, who among us, in his personal life experience, has never heard the popular saying “Better the devil you know than the devil you don’t know“? We’ve all heard it repeated more than once throughout our lives, until we’ve sometimes begun to practice it.

So, it’s no wonder that that’s the case in companies, too. Everything is functional to keep things as they are. Companies self-defend themselves against the risks of change by maintaining the same internal procedures, the same products, the same suppliers.

Maintaining the current situation is natural, and it’s much easier than undertaking change. And any purchase decision entails a change, which is a potential stomachache for the person making purchase decision. Deciding is risky.

It was once said that IT Managers chose IBM products not only for the quality of the products themselves, but also to avoid the risk of being blamed for a risky choice in favour of another brand. Choosing IBM represented an anti-licensing protection, a kind of insurance.

Let’s think about the present day. Have you ever wondered why in structured companies there’s hardly a single decision maker, and all decisions are taken by a decision group, or by a more or less formal committee?

This is for two reasons:

Characteristics of the Status Quo

Status Quo, as we have said, is invisible. Don’t let appearances fool you: it’s always there. it’s there, ready to work against you.

Status Quo is omnipresent. It’s therefore a more fearsome competitor than the others, because it’s on any customer. The competitors aren’t there to hinder your path in every negotiation: maybe they don’t cover all the same geographical areas, don’t have the same range of products, etc… Status Quo, on the other hand, is everywhere. You’ll always have to deal with it.

Status Quo hinders any initiative, whether it’s a product, a service, or an absolute novelty.

The only consolation (so to speak) is that Status Quo has its own ethics: it’s not there to hinder only you, but also all the other competitors. It behaves towards everyone in the same way.

How to defeat the Status Quo

Can we defeat the Status Quo?

Fortunately, yes, we can beat the Status Quo. It too has an “Achilles’ heel”.

The recipe for hitting Status Quo is made up of multiple ingredients. In the consulting projects based on our sales & marketing system, we’ll go into details, but here we talk about the two most important:

Appeal means that your product or service must be a “perfect match” with a problem or with a need or an objective felt as a priority by your customer. It must be positioned as the ideal solution to that problem or that need/objective.

Ease means that the adoption of your product or service must be easy. If, on the other hand, you make the customer’s life even more complicated, the product will represent an obstacle between you and the customer, rather than a bridge that connects you.

When these two ingredients are missing, it’s likely that the negotiation will be won not by you, but by the Status Quo, the invisible competitor.

Make a list of the situations, in the last 6 months, in which the customer has finally decided neither for you nor for another competitor and has chosen the Status Quo instead. Think about these unsuccessful opportunities: thinking back to the individual cases, did you have any warning signs that you neglected? Did you go into the customer’s decision-making criteria in depth? Did you present your product so that it “sounded good” with respect to the requirements of Appeal and Ease?

Now write down 3 aspects in which from now on you could modify your offer, in order to make it more appealing. It must sound like the ideal solution to a customer’s problem/need/objective.

Finally, write 3 ways in which you could make the adoption of your product or service easier.

It goes without saying that not all customers will be sensitive to the same appeal, so to be able to modulate your offer you must first be able to understand what the problem/need/objective of the customer is.

Starting from the next visit or exchange of email or phone call, then activate the antennas well to grasp first of all what are the needs / problems / goals that your customer feels as important and priority. Only in this way will you be able to position your offer in such a way that it is appealing and easy to adopt.

If you know how to transfer this “perfect match” you can defeat both the traditional competitors and the invisible competitor.