Professor Alessandro Orsini gives us an example of personal branding.

The name may not tell you much, but you have certainly seen it on TV.

He is a professor at the university, sociologist, Director of the Observatory on International Security of LUISS in Rome. And he’s everywhere on TV when it comes to Islamic terrorism. 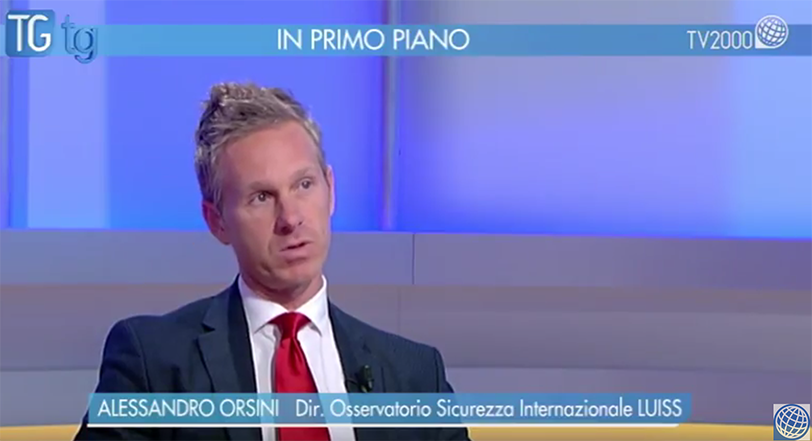 Personally, I like him very much: when he’s on television, I’m stuck to the screen to hear what he’s saying.

But how did he become a celebrity?

What were the successful elements of his personal branding?

At the beginning of his career he made his way by publicly denouncing the outcome of his exam to become a university professor.

When interviewed, Orsini used to declare that the selection was rigged, and various intimidations followed, saying he would have had to surrender if he did not want to prejudice his future career.

So, his icebreaker for fame was to go against the establishment so aggressively.

2. He has the right credentials

Of course, even when he was pushing his way for celebrity, he could complain about the pilot competition because he was much more qualified than other candidates.

So, he was ready: a respectable CV, publications, lecturer at Harvard and MIT in Boston, etc.

Then, clearly, he won a competition, and his credentials became the title of Professor at the university, which always make a great impression.

As I said, he’s good-looking: 40 years old, but he looks younger and still different from the common stereotype of the university professor, blond, pretty face.

Maybe even a bit ‘sophisticated’ (note the tuft with gel in the picture).

But a strong characterization helps: better FLASHY than anonymous.

He wrote books both on terrorism in Italy (Red Brigades) and on Islamic terrorism, which is his strong point now.

Such works, in addition to his academic title, gives him credibility and authority.

But he DOESN’T want to be nice anyway.

He says everything with such an ease as if he was saying that a detergent washes whiter.

He sounds cynical and indifferent.

He behaves like this intentionally, as he says in this online article.

But if I had to choose the thing that most characterizes the personal branding of this gentleman, that would be what he says, its contents.

6. Originality of his “contents”

Orsini is in fact a shameless provocateur.

With that nice smile he says shocking things.

“No professional terrorist would design such a failed plan”.

“the five terrorists of Cambrils have killed only one person while the seven suicide bombers of Paris have caused 132 deaths”.

As if to say: they suck and are more and more in disarray.

Finally, something tied to the contents:

7. How he expresses his contents

I don’t know to what extent he deliberately uses them, but they still represent a distinctive communicative “trait” of his:

On the contrary, he says:

“the Paris bombing of November 13, 2015 on the Bataclan and the Carillon and Petit Cambodge restaurants.”

It’s a bit like dressing in a jacket and tie, an information that in jeans and t-shirt would not be considered with the same attention.

So, good for you, Professor Orsini!

What ideas could we emulate from Prof. Orsini for our personal branding?

Going against a popular current of thought in the market?

Stop wanting to sell to everyone, and not trying to please at all costs?

To find out how our content marketing strategies and methods can help you in branding your company or your staff, book a free telephone consultation with one of our experts: