A controversial but flawless product strategy

I read the controversy over the return of Pippo Baudo to Domenica In for the 40th anniversary of the TV show.

Almost everyone says that Super Pippo should be scrapped, since he’s 80, and leave room for younger people. Rivers of debates everywhere. Even Senator Maurizio Gasparri said that they could also hire the Kessler sisters (look who’s talking…).

But let’s get to the point.

I think instead that the choice of the Pippo Baudo “product” was right from the RAI side. 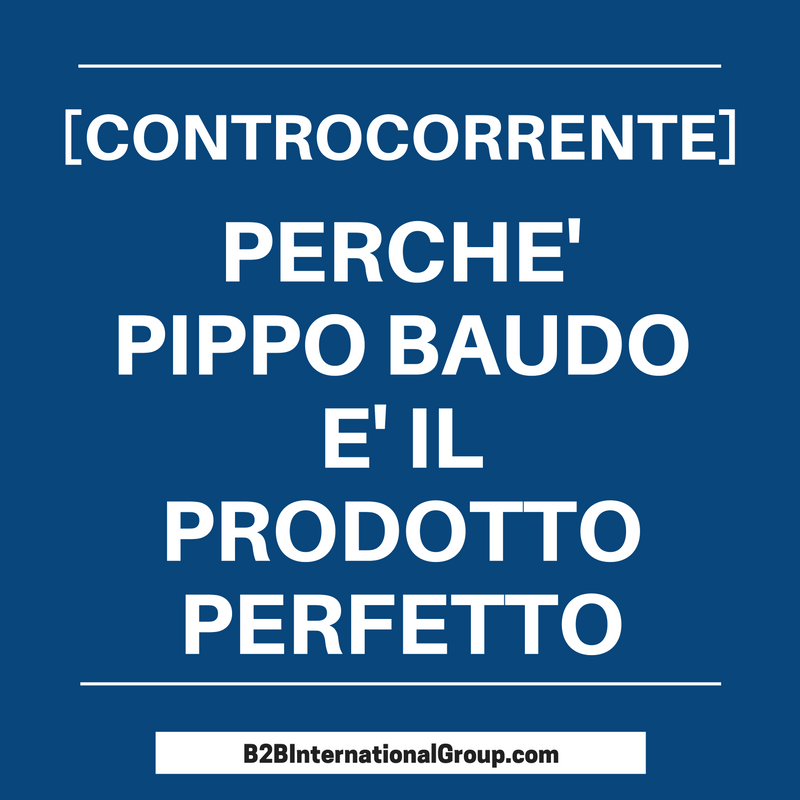 Let’s start from the target: who is the audience that spends the Sunday afternoon in front of the television?

– How many are they?

– What do they watch? (or: what product interests them?)

Let’s suppose for simplicity that they are:

Just few of them. They don’t watch much TV, they’re more likely to go out with friends and girlfriends.

If they stay home, they chat or surf the Internet or work. If they really watch TV, they distractly follow football matches.

I imagine her watching Barbara D’Urso (a trash TV presenter) on the sofa, while her husband, if she’s lucky, is watching “Quelli che il calcio” on the TV in the kitchen. Otherwise he went out with an excuse, and maybe he’s with his lover.

Retired (women and men) and ultra-retired (more women than men, sadly…) who do not want to go out and have not been able to see their grandchildren.

These are a multitude. I bet it’s the biggest segment.

They care a little about football, and they might appreciate an alternative to D’Urso.

And what’s better for this target than to watch the reassuring and evergreen Pippo Baudo?

“If he is still on television at the age of 80, I can still do a lot of things”.

And then the clock goes back, and the past 40 years seem like yesterday.

That’s why the choice of Pippo Baudo is a perfect product strategy.

The product strategy is impeccable: RAI offers the largest segment a product that can lead them to its channel.

And if the product strategy is right, the next step in the commercial strategy will be: how to monetize the investment made in the product?

… are all key issues for the success of your business, and they are discussed every month in the printed newsletter of the B2B Club.