Can you carry out lead generation activities quickly, as if you were in a fast-food? 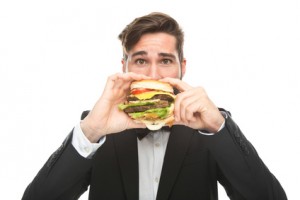 I’ve been asking myself this question these days, following the launch of our new lead generation service, the Lead Generation Farm™.

People who gave us the first feedbacks defined the launch videos as “interesting”, “useful”, “instructive”, etc. … but we have also collected some… “long”, with a politely critical meaning.

I find all this VERY interesting.

And I won’t hide the fact that I even asked myself for a moment if we should be self-critical. But immediately the principles of the Farm gave me the key to understanding what was happening and made me decide to proceed without compromise.

It’s a fact that the videos in question aren’t “short”, if short means one or two minutes.

But this is absolutely intentional, because we believe that no one would be crazy enough to consider an investment of several thousand euros on the basis of a 30-second video.

And in this case, the Farm is such an innovative concept that 2 min aren’t enough to fully explain it, nor even 20 minutes. In fact, in order to present it in an at least understandable way (although still incomplete) we have divided it in four videos. And the average duration of each video is the one recommended by international experts.

That said, the perception that some have had of “length” made me realize that we are now CONDITIONED to gobble up disposable content on the web and social media.

All frenetic like in the paragraph you just read, deliberately without commas.

But now I ask you:

When you send a salesman to visit a new prospect, how do you want him to behave?

You put a kitchen timer with a ringtone in his pocket and tell him to hurry up without commas?

Do you want him to run away as soon as the 5-minute timer sounds, just like Cinderella at midnight?

Do you prefer that I invest the time necessary to understand the customer’s need, to transfer your message in the best possible way, and to verify if it can become your customer?

What role should lead generation play in this scenario?

If we want to avoid that the salesman goes to meet a prospect sensationally unqualified, a lead generation that really works must not only generate a lead, i.e. intrigue and engage a suspect, but must also pre-qualify it.

The new way of carrying out lead generation activities of our Lead Generation Farm™ moves in this direction.

It’s a quantum leap hard to accept if we’re used to the past way of working, where you just had to put your foot in the door and then the salesman did all the work (as we told you in the first video presentation of the Farm).

What happens if the customer acts in “fast-food mode”?

The same principles apply. If the lead generation business can’t DRAW the suspect’s attention long enough to send him your message, this can mean two things:

– In the best case, the person is a mature and multi-qualified lead. In that case, it’s now up to the seller to contact him to resolve the last doubts and hopefully close the order;

– Or the person at this moment is not yet receptive to listen to the message. In this case it’s better to continue to cultivate and nurture it until it ripens, rather than forcing an encounter that would prove premature.

In short, paraphrasing the concept of red and green apples that characterizes the Farm: use the contents to mature apples, immediately pick all red apples, and then be ready to pick apples that become red gradually.

And NEVER worry about forcing the harvesting of green apples, because if you taste them, you may get stomach-ache.