When all the rest of Italy thinks it’s not the right time to invest, you collect stratospheric redemptions because your prospects, free from other tasks, finally have the time to read, analyse, evaluate your product and return from the holidays relaxed, with fresh sales opportunities to be realized.

You may remember the article that I wrote about the false myth of August laziness in Italy. The concept is also valid for an apparently dead month like December.

If you’re waiting for the new year to activate lead generation solutions, you’re making a big timing mistake. If you can, start now, even if it’s December.

In addition to taking some orders, lying under the beach umbrella in August, thanks to Lead Generation Farm that has brought to maturity my leads, I got redemptions that have reached up to 30% of open-rate, a success, for a month considered, in Italy, far from productive.

We can therefore say with confidence that August is an excellent month to generate business opportunities as it is December. 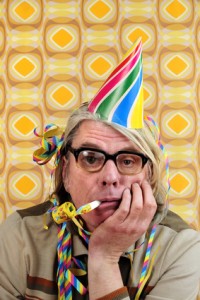 It’s true, in December we are forced to go on holiday. Schools close for an endless period of time (those who have children and work know what I mean), offices close and then we are all on forced vacation, especially entrepreneurs or those who have a decision-making role in the company.

The entrepreneur or manager, who could evaluate your product is, in the best case, relocated at some resort, where it was well established there is an internet connection, or, in the worst case, remained in the city, forced to undergo lunches and dinners with relatives whose names he barely remembers.

It is precisely during the holidays that he has time, if only to escape the projection of photos of the last trip of his second cousin, to read, study, consider and evaluate new solutions for his company.

And it’s here that the Lead Generation Farm makes the difference.

As for the leads matured in August, everything maturing in December is then tracked down by phone upon returning from the holidays. At that point, if qualified, you are given a nice business opportunity to be converted into order with the beginning of the new year. Why wait?!

When you have a high-performance lead generation system, you can stay on the ski slopes because someone is “working” the leads for your benefit and while you are on the “3Tre” in Madonna di Campiglio you may get a call from the prospect that says:

“You convinced me, let’s start with the project”,

the system did it for you, in your name.

B2B International did it for you, in your name.

NOW IT’S THE END OF OCTOBER. WHAT ARE YOU WAITING FOR?