I don’t care if we all have to be better at Christmas.

In your opinion, the heads of a company that provides you with a product or service should be informed if one of their employees’ work is s**t?

(Yes, it came from the bottom of my heart, sorry). 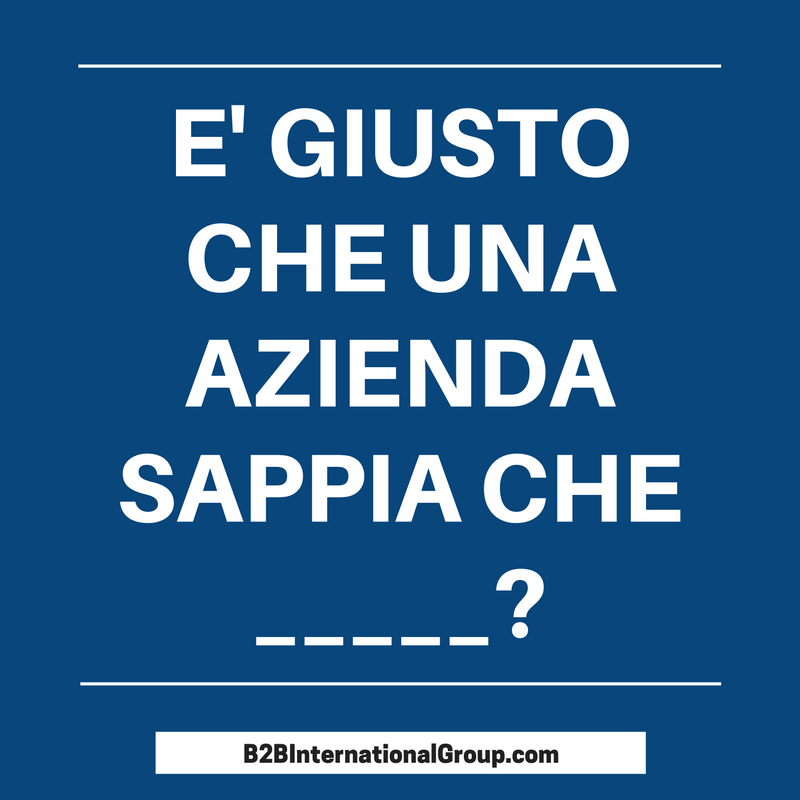 What is the right behaviour to adopt? The one saying “snitches get stitches”, or the uncompromising one?

The dilemma comes from this episode:

in recent days a supplier announced the sale of a product that I wanted to order a few weeks ago, but that was sold out at that time.

I call the Customer Service to find out the delivery time. On the other side, a person with a pissed off tone answers, one of those characters that my father used to label with a lapidary “voglia di lavorar, saltami addosso” (an Italian expression meaning that someone is not work enthusiast al all) …

“No, there must have been a mistake” – says the workaholic.

“But look, we just received an email from you talking about this extraordinary sale… You probably have a new supply available and you have launched a promotion to empty the warehouse by the end of the year”.

“NO! IT’S ABSOLUTELY IMPOSSIBLE. This product is out of stock for quite some time.

Don’t even try to send the order, you won’t get anything anyway”.

Of course, I tried as well. And so, we send the order anyway. At the very least, they will reject it.

Guess what happens about 30 minutes later?

Now, I ask myself and I ask you:

Wouldn’t it be sacrosanct if the thirteenth salary of this champion was paid from the money raised from the ORDERS that he made his company lose?

That is, equal to ZERO Euro?

And I don’t believe in good justifications such as the lack of procedures, or that the blame lies with the company that should invest in “Human Resources” by training the poor innocent worker, or similar things.

In these cases, there is no problem either of procedures or training… but the attitude of the individual.

It’s a matter of mindset.

Well, if nobody loses his mind!

For goodness’ sake, making mistakes is human. But if a person had just replied willingly, I imagine that instead of getting rid of me, he would have called the Sales or Marketing department to ask for confirmation. And then maybe he would have told me to send the order immediately before the product was out of stock again.

So, I return to the initial question:

Should this gentleman’s bosses be notified or not?

And also, I wonder:

why does a salesperson have to be measured by what he or she produces, and risks being kicked out every month if he or she doesn’t generate income… while other slackers can do damages for years?

This not-so-festive debate is open.

Then, by tomorrow, we’ll be better people, of course.