Home » Blog » Sales » A class representative sells more than a famous journalist: why?

It happened on TV on Thursday night.

On the one hand, Corrado Formigli in Piazza Pulita (an Italian political talk show) proposed an online survey that had to be answered via Twitter.

On the other hand, Carlo Conti led Sanremo, a song festival. 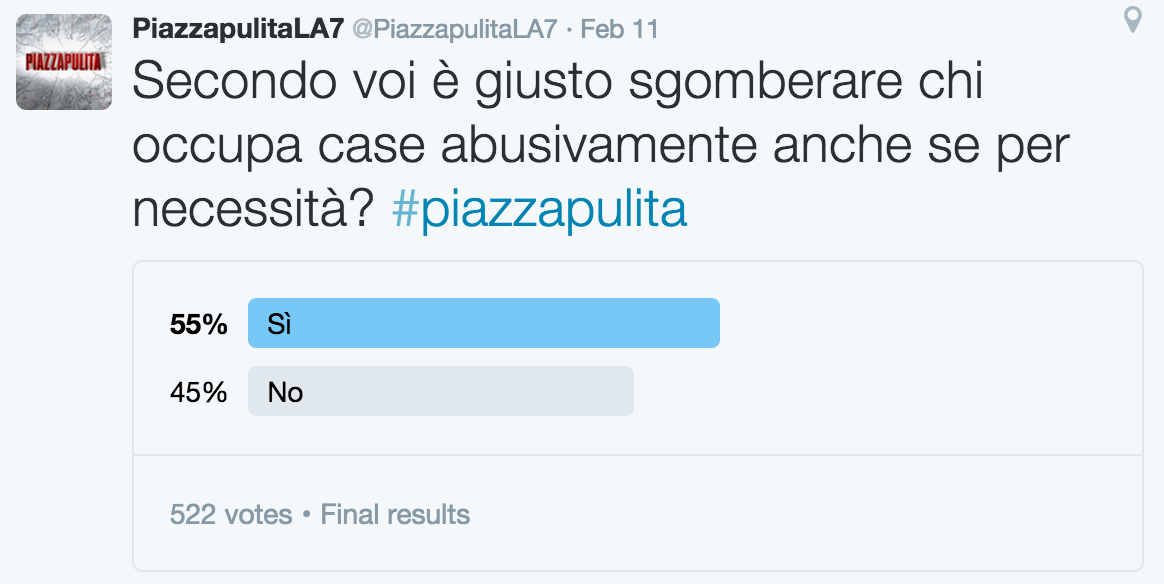 Conti: a tsunami of televotes.

Even if we consider the different numbers of the audience, Formigli’s numbers are ridiculous.

I think Lorena, my son’s class representative, sold more lottery tickets herself at the last party in ten minutes of “door-to-door” among parents…

What does that mean?

The good Formigli trusted the caste of Twitter users, while Conti gave the public four options: landline phone, SMS, web, app (and I would swear that almost 80% of the votes came from the simplest way, i.e. text, but this deserves a separate speech).

Coming to us, the same applies to the marketing and sale of any product and service in all markets.

We can choose to use ONLY digital tools, do everything online, feel cool, but risk collecting only a few, delicious scraps…

… or continue to use traditional methods without shame, not least direct sales in person, and make a business binge.

Did you know, for example, that even Google, the very emblem of the web, doesn’t mind using even expensive old mail to promote AdWords? And that it also uses the old-fashioned telemarketing?

And that Zalando the other day delivered me a paper coupon to use for my daughter’s next online purchase? (damn it).

That’s why I’m an advocate of “multi-media” and “cross-channel“.