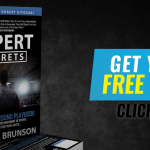 Marsh Library, Dublin (Ireland). Legend goes that in 1776 there was a rule brought in whereby you could only read books in this library if you were locked in one cage. So many precious books had gone missing over the years that they kind of had to bring this rule into place: the idea was […] 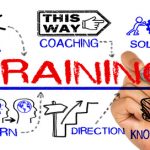 I dreamt about this staff recruitment. Maybe I was influenced by the controversy over the newly-appointed councillor for the Rome Budget (according to the detractors he wouldn’t have the right CV, not being an accountant or a university professor, but a “simple” graduate, albeit with a Ph.D.), but it was a really strange dream. So…. […]

Not even Aesop and Phaedrus could have imagined such a bizarre situation. It’s the true story of a python that once ate a porcupine. Being used to eating even larger animals, the python thought that the porcupine was a lunch like many others. But the spines of the prey pierced it from the inside, killing […] 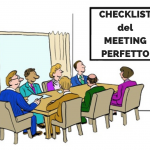 Yesterday we analysed the first 3 points of the checklist to make meetings more profitable: Set a time for the end of the meeting Take notes and take them well! Use the ENOUGH-WITH- method   Now let’s move on to the last two: . Assigning homework Most of the time the meeting outcome must be […] 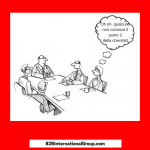 I’m not an expert on work organisation. But over the years I have developed my own personal checklist to make meetings more fruitful. The points therefore do not replace the “best practices” found in literature about the perfect meeting (such as establishing a clear goal, and things like that), which remain valid. These are just […]