Home » Blog » Sales » Ari and Uri: How to break through a mired offer

Did you make an offer and the customer doesn’t decide?

Or did they make you an offer and you don’t decide?

Listen to what happened to me this morning.

I’ve been putting on hold a decision for a service we need since before the summer.

This morning Uri (the “would-be supplier” from abroad), after he had been tapping me for weeks by phone and email in vain, contacted me in LinkedIn, asking me if there was any news.

I was about to take time again, but I decided to give him a chance by applying a sacrosanct concept I first heard years ago from a trainer whose name – curiously – is Ari (I swear, Ari and Uri, that’s funny).

Ari says that the No. 1 task for the good supplier, even before selling, is trying to find out what’s REALLY SWIRLING AROUND in his customer’s head. Because at that point, with the right steps, a good salesman knows how to negotiate with the customer.

So, this morning I decided to test Uri.

I took the opportunity to finally tell him about the two doubts that were blocking me:

– one on an aspect of the service itself

– another relating to the economic part 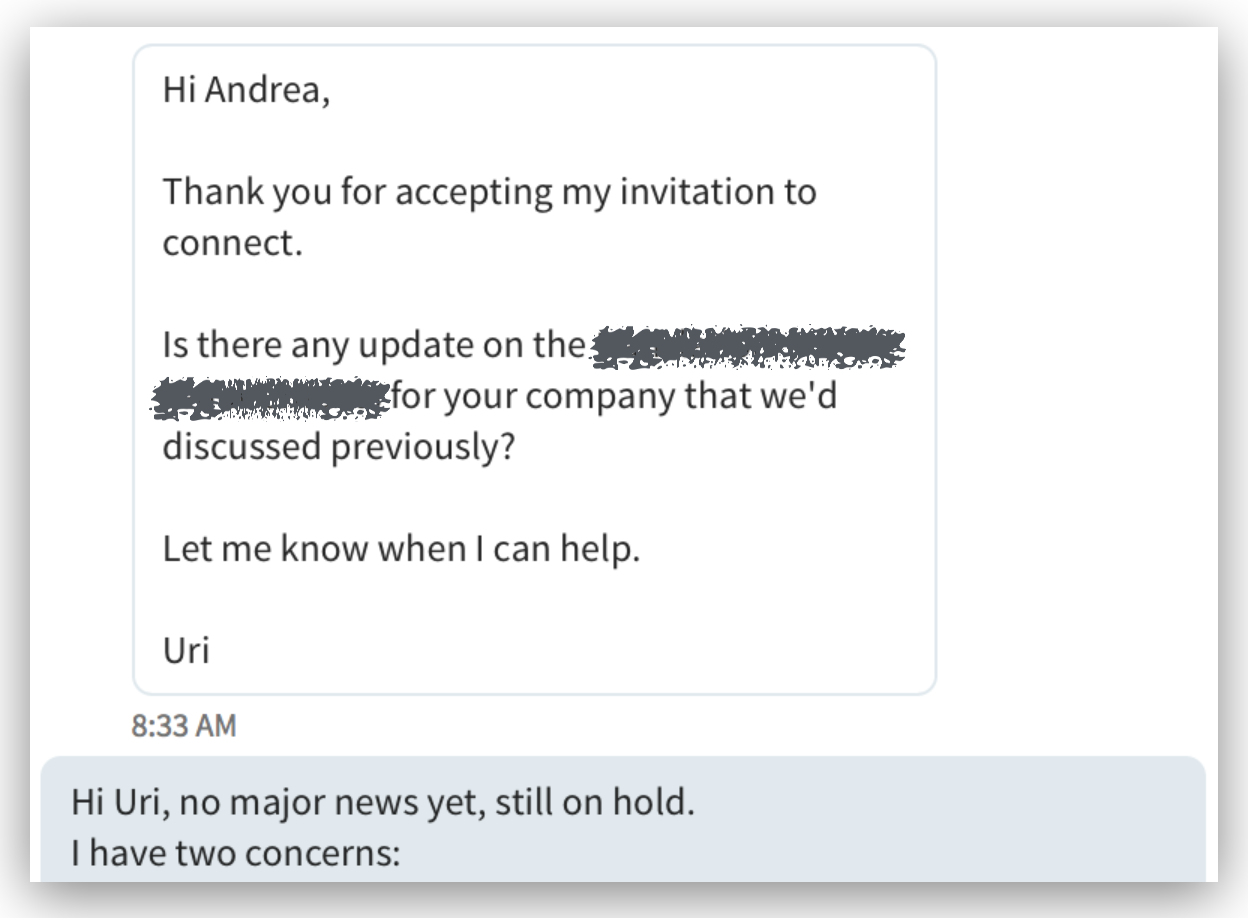 I confess that I had never expressed this openly to him before.

A bit because of the hustle and bustle of everyday life and because I was so afraid that I would receive the usual stereotypical answer meaning “we can’t do it”.

Uri simply presented me with a solution for each of the two doubts.

So now I can’t wait to start using the service.

But why am I telling you this?

Because it can help to solve stalemates.

It’s possible for every one of us to find himself in both roles, that of the supplier and that of the customer.

we have the task of finding out what is really swirling around in our customer’s head.

And only when we have discovered something can we continue in our sales activity. If we don’t find out, the sale goes on without us knowing.

Almost as if it were a matter of luck.

If we take the order, the turnover arrives but we have not learned anything because we have been told yes.

If we do not take the order, the turnover does not arrive, and we have not learned the reason why: double damage.

each of us should openly express to the supplier how things really are.

At that point, if you’re dealing with a good and serious supplier, both one of the two:

– or he tells you that there are no solutions, and no longer tries to sell you at all costs something that is not for you.

As a supplier you have some mired offers, the customer does not answer, and you don’t understand why?

As a customer, you keep procrastinating a decision, and you haven’t told the supplier what’s going on in your head?

Now you know what to do.