Home » Blog » Lead Generation » Do you also make this mistake in lead generation?

A company wanted to launch a new product.

One of the partners, a former McKinsey consultant, wanted to come out with a perfect product, designed and engineered with meticulous care in their labs. The other partner, an entrepreneur with successful technology companies behind him, wanted to launch immediately a version that might be imperfect, with the idea of improving it based on feedback from the customers.

In the end, they adopted the strategy of “product immediately” instead of “perfect product”.

And soon the product became a success.

On a small scale, the same thing happened to me many years ago. With my working partner at the time, we wanted to launch a new software. Being in charge of the technical development, He was rightly worried about turning it into a full-featured killer app. I wanted to monetize it right away with a version to launch on the market… yesterday.

In the end, we adopted the strategy of “product now” instead of “perfect product”.

And in a few months the product became a success.

BEING TOO PERFECTIONIST NEVER PAYS OFF.

Don’t make that mistake. Word of someone who occasionally falls back on it.

It’s much better to conceive an idea, put it into practice immediately, test it in the field, and improve it in the race…

…than being in the dumps looking for the perfect implementation. So much so, when you launch it on the market, you will still discover a thousand things that you had not planned before.

Plan, but don’t hesitate. Leave as soon as you can and be ready to correct your shot.

It applies to products, and also to strategies.

Christopher Columbus was looking for the Indies and discovered America: he made the wrong plans, but he was successful.

Do you want to acquire new customers, but you don’t know whether to take advantage of more internet, telemarketing, email marketing, social media, current sellers, or fishing boats?

While you’re there brooding time passes, and some of your competitors have already acted and you’re taking all the customers. 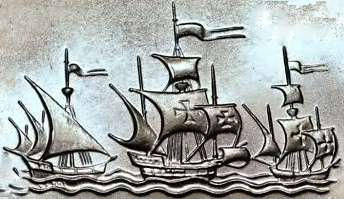 Get started right away.

Sail with us on the three caravels of the Lead Generation Farm™.

Together we’ll correct the course: if you don’t find the Indies, you’ll discover America.